The COR’s 90-minute adaptation of Mozart’s tangled tale of romance, betrayal and forgiveness features a sprightly overture, beautifully crafted arias and lively ensemble singing by a cast of ten.  The production will be sung in English with spoken dialogue. 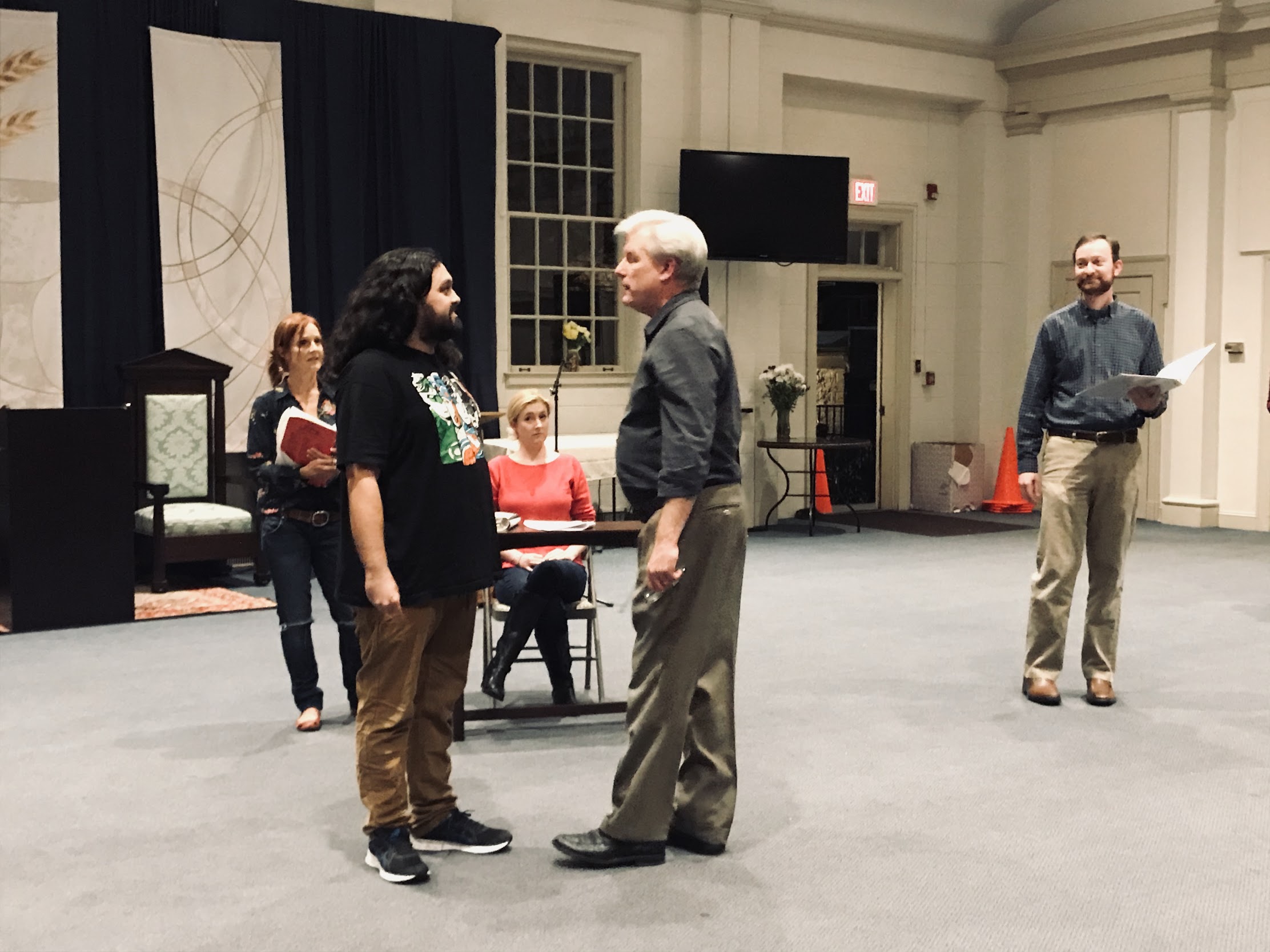 The Marriage of Figaro is regarded as one of the greatest and most popular operas ever written, said the Northern Neck Orchestra’s Eric Jacobson.

“Mozart’s effervescent combination of farce, satire and romance is as fresh today as it was at the opera’s premiere in Vienna in 1786,” he said.  “The extraordinary talents of the Capitol Opera of Richmond will make this performance a special one.”

Jacobson noted that the COR’s dazzling performance of Puccini’s La Boheme at Good Luck Cellars last year was a sellout and suggested that operagoers purchase their tickets early.

COR president Karine Marshall said that the company was delighted to be performing in Kilmarnock again.  “The Marriage of Figaro is a treat for performers and audiences alike,” she said.  “It is a particular pleasure for us to share this glorious opera with one of the COR’s most enthusiastic audiences.”

Tickets are $25.00 and may be purchased online or at the door. Students are admitted free with an online reservation. 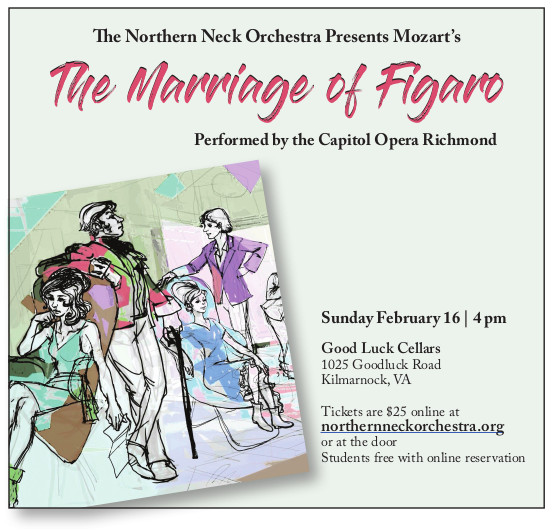