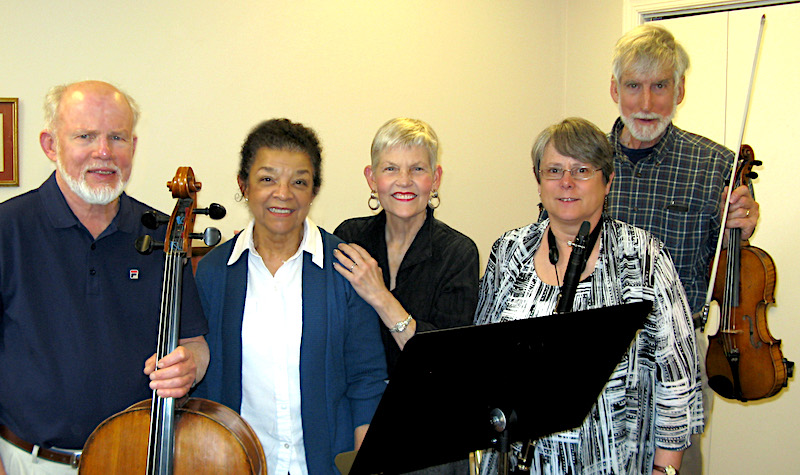 Steven Custer, Arline Hinkson, Cheryl Davis, Celeste Gates and Eric Jacobson pause during a rehearsal for their upcoming concert at The Players Theatre

At 3:00 p.m. on Sunday, April 15, musicians from the Northern Neck Orchestra will accompany soprano Cheryl Davis for an afternoon of music by Lennon/McCartney, Dvorak, Holst, Ralph Vaughn Williams, among others.

The eclectic mix also includes a several original songs, composed by two of the performers.

The heart of the Sunday afternoon program will be a collection of duets featuring Davis and different instruments. Musicians accompanying Davis will be Steven Custer, cello; Arline Hinkson, piano; Celeste Gates, clarinet; and Eric Jacobson, violin—all players in the Northern Neck Orchestra.

Interspersed throughout the afternoon, the four instrumentalists will play pieces by composers Faure, Ibert, Hoericht, Piazzolla and Franck.

The program will close with three songs from the Beatles repertory by Paul McCartney and John Lennon: “I Get By,” “Blackbird,” and “Here, There, and Everywhere.”

The theatre is at 16217 Richmond Road, Callao. Tickets can be purchased in advance ($15) at www.westmorelandplayers.org/tickets

The English poet, A.E. Housman was the inspiration for the pianist, Arline Hinkson, who set two of Housman’s works, “Stars” and “The Fairies,” to music for soprano and piano.

The Victorian “Hoosier poet,” James Whitcomb Riley, was set to music by the Northern Neck’s own, transplanted Hoosier, clarinetist and composer Celeste Gates. She will join Davis to perform her song cycle, “Three by James,” consisting of “When the Frost is on the Punkin,” “Little Orphant Annie,” and “The Raggedy Man.” Of interest: the second poem apparently represents the “birth” of the newspaper cartoon and later Broadway musical character, “Little Orphan Annie.”

The program will include a song cycle by Ralph Vaughan Williams, also based on poems by A. E. Housman. For this musical setting, entitled “Along the Field,” Eric Jacobson will accompany Davis on violin.

The English theme continues with four songs by Gustav Holst, based on old English devotions. The cello accompaniment will be by NNO principal cellist Stephen Custer.

The program will close with three songs from the Beatles repertory by English composers Paul McCartney and John Lennon: “I Get By,” “Blackbird,” and “Here, There, and Everywhere.”

Some of this music was presented a year ago in a concert that benefited the Northern Neck Orchestra. 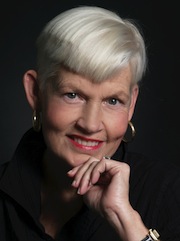 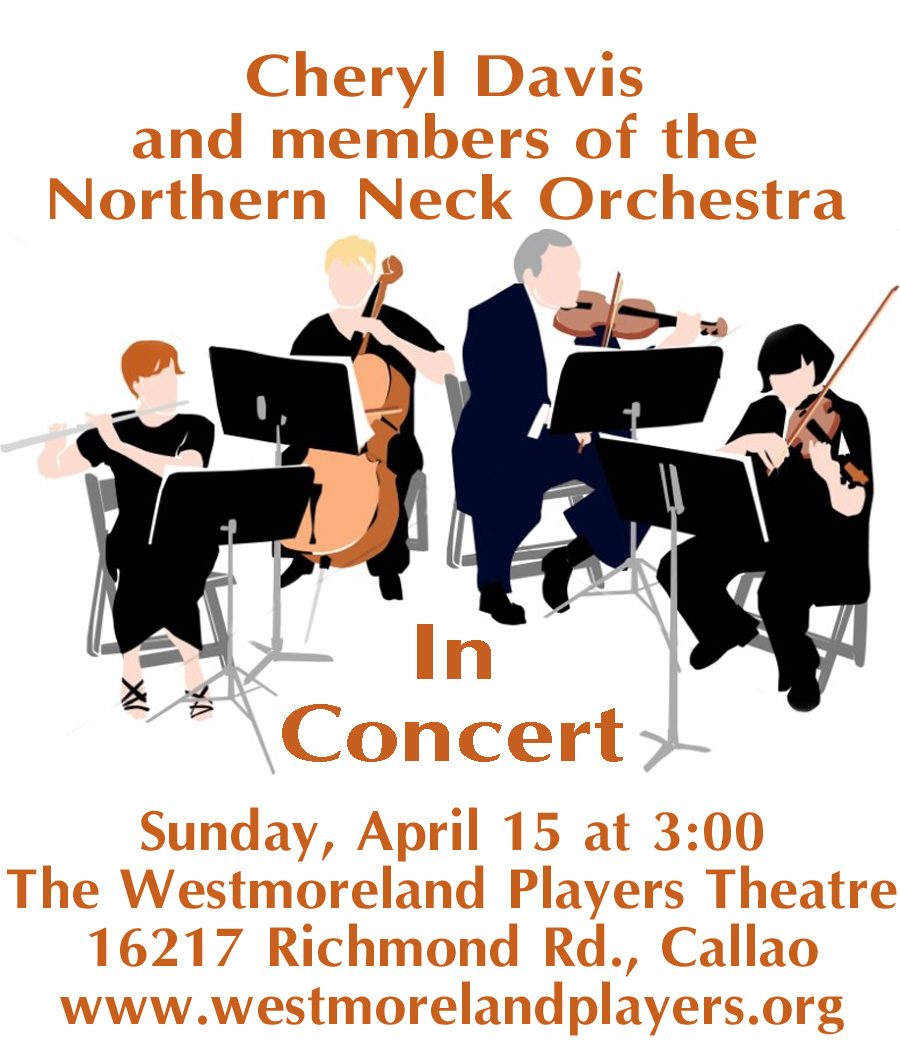