Pianist George Warren to Perform With the NNO 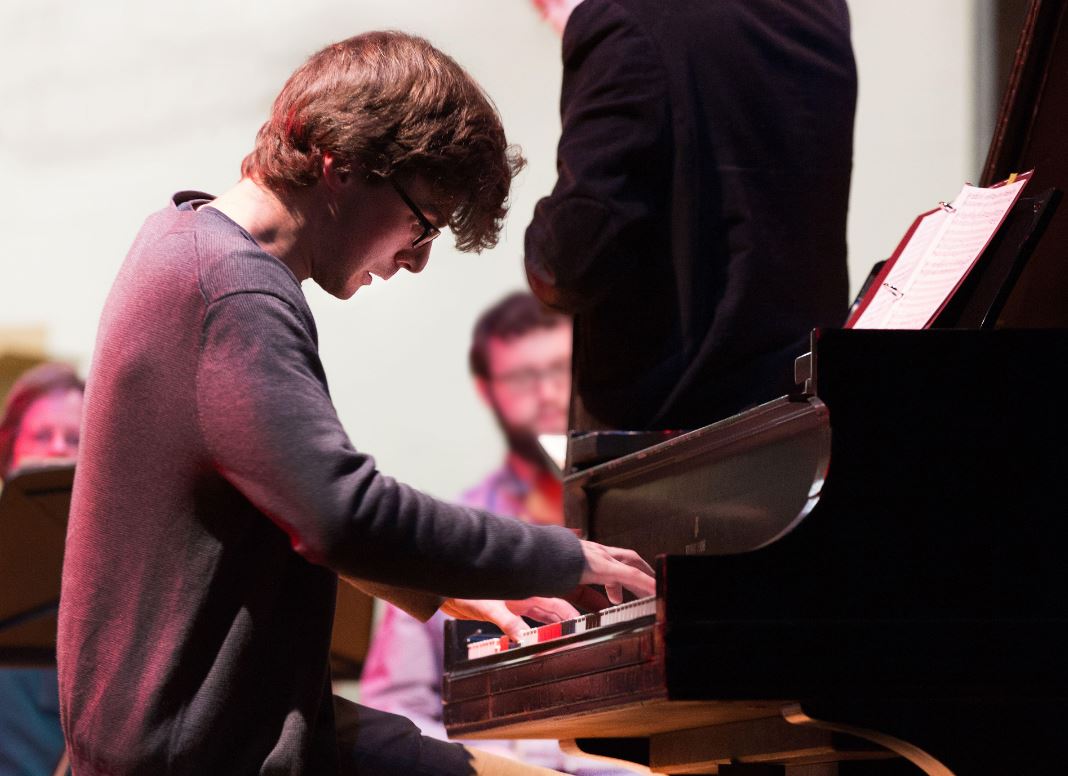 The Northern Neck Orchestra, with soloist George Warren, will perform the concerto as part of “An Evening with Mozart.” The All-Mozart concert, conducted by Music Director Michael Repper, also includes Eine Kleine Nachtmusik and Symphony No. 40.

The program will be presented on Friday, March 23 at the St. Clare Walker Middle School Theatre in Locust Hill and on Saturday, March 24 at the Northumberland High School Theatre in Heathsville. The performances begin at 7:30 p.m. A pre-concert talk by Michael Repper precedes the concerts at 6:45 p.m.

Repper will share his insights on the all-Mozart program with ticketholders in a lively, informal presentation. “Often the backstory of Mozart’s compositions like this magnificent piano concerto, his personal life and the sources of his inspiration are as fascinating as the music itself,” he observed.

Mozart’s Piano Concerto No. 20 in D minor is regarded as a powerful piece, challenging the soloist with a unique mix of precision and passion, said pianist George Warren.

The wide-ranging keyboard part features two cadenzas. They are demanding virtuoso solo passages inserted in a concerto or other work. Warren will play the elaborate cadenzas originally written by Beethoven for this Mozart concerto.

The composition’s emotional qualities herald the Romantic age in classical music, Warren observed. “The concerto’s passion and vitality move and excite both performer and audience,” he said. “What a great way to welcome spring.”

Although he has enjoyed concerts by Music Director Michael Repper and the Northern Neck Orchestra in the past, this concert will mark Warren’s debut with the ensemble. “I’m super-excited to be performing with Michael and the orchestra for the first time,” he said. “The conductor and musicians all feel the music together and give their absolute best. I’m honored to play with such a talented and dedicated group.”

No stranger to the Northern Neck, Warren has performed several recitals at Good Luck Cellars in Kilmarnock. His parents, Joe and Monique Warren, reside in White Stone.

The graduate of the Eastman School of Music was born in Williamsburg, spent most of his early childhood in Illinois, and later moved to Long Island, New York. He started composing at a very young age, winning first place in a state competition while a second-grader. In high school, Warren won another state competition playing a Chopin etude, earning him a performance at Carnegie Hall’s Weill Recital Hall.

Tickets to the concerts, which include admission to the pre-concert talks, are $30.00 and can be purchased online or at the door. Students are admitted free with an online reservation.

The final concert of the Northern Neck Orchestra’s 2017-2018 season will be at 7:30 pm. on May 4 at the Lancaster Middle School Theatre, in Kilmarnock. The performance will feature music by Brahms, Bizet, and Beethoven. A pre-concert talk will begin at 6:45 p.m.

Repper noted that the extra time offered by the 30-minute pre-concert talks allows for a deeper look into the program than the overviews he provides during concert performances.

“I’m excited to provide our audiences with the story behind masterworks of classical music,” said Repper. “We’ll explore how the pieces to be performed are structured, what is their historical significance, and why they continue to inspire us,” he said.