Songs of Shadow and Light 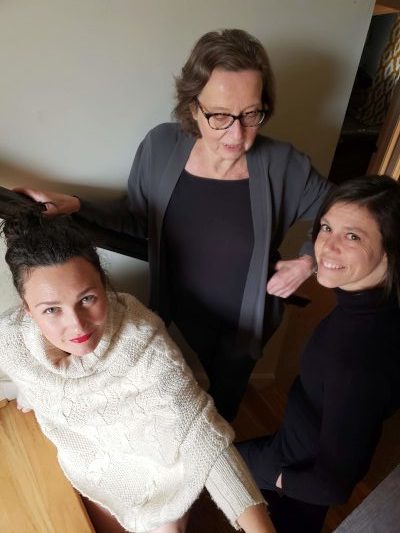 The Northern Neck Orchestra will present an autumn afternoon of glorious songs featuring works by Vivaldi, Bach, Donizetti and Clara Schumann outdoors at Good Luck Cellars in Kilmarnock at 2 p.m. on Sunday, October 25, 2020.

Tickets for the concert are $25.00 and may be purchased online or at the check-in table.

The concert has been planned with safety in mind, Jacobson said, noting that the performance will be held outdoors and that social distancing guidelines will be observed, including spacing between the audience and the singers.

“The title of the concert, Songs of Shadow and Light, not only captures the shifting shades and colors of the season, but also evokes the contrasting voices of Jessica and Erin and the varied tones of Hope’s piano palette,” Jacobson said.

The program begins with Vivaldi’s Laudamus Te, his popular setting of the ancient hymn to God’s glory, Rameau’s La Folie, a testament to the reckless, frivolous and sometimes dangerous machinations of the divine and Vergnugte Ruh, Bach’s celebration of contented rest and inner joy.

Songs by Hugo Wolf and Clara Schumann contrast two Germanic water nymphs.  In Wolf’s Nixe Binsefuss, the sprite is playful and benevolent, while Clara Schumann’s Lorelei is a siren luring sailors to their deaths from atop her rock on the banks of the Rhine.

“Many of the composers on the program are familiar, while others are not, but each explores their thoughts on truth, illusion and human nature through a variety of memorable songs that will be beautifully performed,” he said.

Pianist Hope Armstrong Erb is pianist, harpsichordist, teacher, conductor and composer. She has performed throughout North America, as well as in Europe, Asia, and Africa in a wide range of genres, including chamber music, choral and orchestral masterworks, opera and jazz.

Soprano Jessica Noël Wakelyn appears frequently with Capitol Opera Richmond, Classical Revolution and other local artistic endeavors.  She wrote a baroque pastiche of The Legend of Sleepy Hollow which she produced and performed at Good Luck Cellars in 2014.

Mezzo-soprano Erin Wind appeared with the Northern Neck Orchestra in its 2017 performance of Mahler’s Songs of a Wayfarer and the Minnesota State Band’s performance of the fourth movement of his 4th Symphony. She is the director of the Richmond Women’s Chorus and an alto section leader with the Second Presbyterian Church.