The Romantic Era – Music for the Sake of Emotion

The passionate music of Frederic Chopin and Clara Schumann composed during the Romantic era is featured in the concluding program of the Northern Neck Orchestra’s music appreciation video series “Music with Michael Repper.”

The free talk, The Romantic Era: Music for the Sake of Emotion (Lecture 4), can be viewed on YouTube. All videos in the series are available continuously following their initial release. 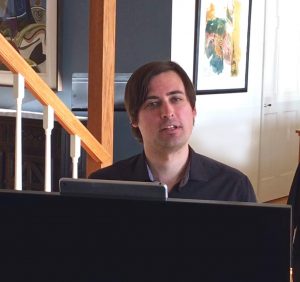 Northern Neck Orchestra Music Director Michael Repper observes that unlike the Baroque and Classical eras of music, composers of the Romantic period were much more concerned with creating an emotion than sticking to a specific form. Their music is more evocative than realistic, stirring the imagination and passions of the audience.

Repper plays Chopin’s haunting Prelude in E Minor, demonstrating how the composer transforms a simple melody into a gorgeous, expansive phrase that generates a rich variety of highly personal emotions from the listener.

The program also features the first Romanze for violin and piano by Clara Schumann, whose great compositions are tragically underrepresented and underperformed, Repper said. 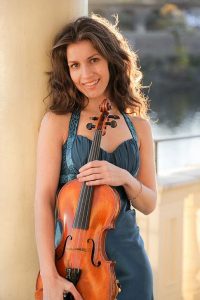 The Romanze is performed by Repper and guest violinist Adelya Shagidullina, a member of the Northern Neck Orchestra, who also appeared in the program on the Classical period.

Shagidullina, is a prize-winning Russian-American violinist and teacher who has performed at the Kimmel Center in Philadelphia, Lincoln Center, Carnegie Hall and the Disney Concert Hall in Los Angeles.